Hold on tight and enjoy the STEM ride 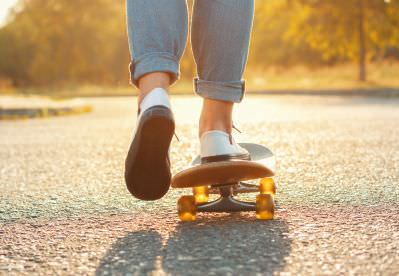 When I started studying university level pure mathematics, I worried I had consigned myself to a life of obscure abstraction. Now, tackling the massive challenge of understanding the mechanisms of climate change, my work has never felt more real or relevant. Though I’ve moved to University of Oxford to do a PhD on the Origin Foundation John Monash Scholarship, I’m as far from the ivory tower as I’ve ever been, and yet mathematics is still at the forefront of everything I do. What changed?

The path that young people follow when they leave high school is fraught with uncertainty and confusion. By luck, I stumbled on a track that lead true, and so I’d like to share with you my story, in the hope that it may provide some clarity to those starting out.

I started university with a keen interest in astrophysics, so I enrolled in a general science degree. The university website for the astro major suggested that maths, physics and computer science were key skills I’d need along the way, so I signed up to these courses. I didn’t get very far through the first year astro course before I realised that it really wasn’t my thing. I was enjoying my maths classes though, so I pushed on with them, not really knowing where I was headed.

I had always found it hard to follow physics, particularly the derivations of laws and theories. Even in classical physics, regarded by my peers as simple and intuitive, I couldn’t get my head around. The proofs were all based in maths, but in maths that was subtly different from what I had studied anywhere else. If Euclidean space can be substituted for the real world, then where is ‘zero’? I could parrot the theory and calculate the problem sets, but I was never satisfied with the explanations.

Australian National University had a focus on pure maths ahead of applied, and I gravitated towards the abstract and strange constructs of the imaginations of Gauss and Galois. I focussed on my study and avoided the question of what I wanted to do with my life, and how I could contribute to society. However, in differential geometry, one of the most ethereal fields of study offered at my uni to undergraduate maths students, a surprise was waiting. Here was the mathematical framework belying classical physics, a way of using maths in the real world without needing a point labelled ‘zero’.

A few months later, I commenced a vacation scholarship at the CSIRO in climate science. I found that fluid mechanics, the theoretical framework underpinning atmospheric and oceanic motion, was suddenly accessible to me. I discovered that many of the skills I’d learnt in mathematics, not just differential geometry, could be applied to climate research, and I thought I may be able to make a real contribution to the field.

I switched to studying climate science for my honours year at university. I was very lucky to be able to make this change without affecting my finishing time, because I’d chosen such a general degree.

Upon finishing, I commenced work for Windlab, a wind farm developer. My job included modelling wind speeds across the world to find potential wind farm sites and setting up a weather forecasting model. It was there that the applicability of my mathematics background really came into its own. Mathematical techniques such as Fourier transforms, machine learning, stochastic analysis, Christoffel symbols and numerical methods all showed up in unexpected places. I never stopped learning at Windlab, but my maths background meant that I was able to pick up new things quickly and efficiently.

Now I’m starting a PhD at Oxford, funded by the Origin Foundation John Monash Scholarship. I’m not really sure where I’m going – but I’m sure that maths will come in handy. So if you’re keen on starting something new, don’t worry too much about where you’ll end up. If you work hard and learn some skills, you’ll be surprised by where you can go.

Emma Howard is a talented mathematician, an atmospheric scientist, and a long-term advocate of sustainable living practices. She received her Bachelor of Philosophy at Australian National University, earning the University Medal for her outstanding academic performance. She is the recipient of the 2016 Origin Foundation John Monash scholarship, and is using her scholarship to further her studies into the regional impact of global warming, at Oxford University.

Where are all the girls?

The Grattan Institute is wrong: we need more science students, not fewer

Participation of women in Engineering: a literacy review