How can schools really be helped? 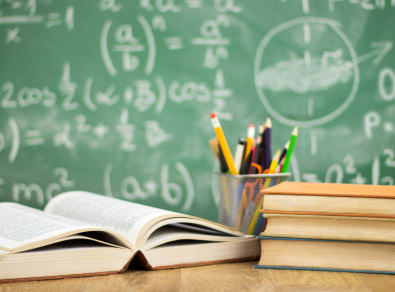 In recent weeks I’ve spoken to employees of Origin Energy who are also parents facing the task of choosing a school. It’s been fun for me and hopefully helpful for them. Talking about schools makes me think about how they shape up. I was a school principal for years: I’ve now left schools, but they haven’t left me.

There is a great diversity of young people in our schools and they often learn in different ways. We need to serve them all – but we don’t. This time last year a Mitchell Institute report told us that only six out of every ten students succeed across all the stages of schooling. Lucy Clark, author of the just published Beautiful Failures tells us about those who fall by the wayside.

We talk a lot about school choice, but schools are actually not all that different from each other. They are all largely shaped by forces beyond their control: school authorities, universities, boards, parents (and grandparents), media and governments all tell us what schools should be, and should do.

In combination these forces push us to ‘do school’ in quite similar ways. Redesigning school to be creative, to innovate to cater for our diversity of students, isn’t part of the deal.

But people are noticing that we need to do something. In the words of Sir Ken Robinson, our schools have become:

….impersonal and standardized….typically force feeding students a dried diet of received information. Schools are rooted to the industrial culture of mass production - the fixed lesson periods of ringing bells, the division of students into age groups and the curriculum into separate subjects, and the rigid barriers between school and the world outside.

Only about a third of students respond quite well and succeed in this mainstream schooling. Another third learn how to play the game – they are the compliant underachievers. We can, and often do, lift some of these kids.

But the remaining third aren’t responding to the way we do school. In losing them we incur big personal costs (for them and us) and huge social and economic costs.

In the public (and government) mind schooling is all about measurable student results. This means that, as John Hattie describes, most schools are chasing the same academic pot of gold. They are far less keen to cater for that final third of students.

Hattie talks about how competition divides schools into “successful” schools for some and residualised schools for the strugglers. My research with Bernie Shepherd puts hard data around this trend.

We need a big change in mindset. Competition does, with limits, work for business. Sorry, it just doesn’t create quality schools. It has been an experiment that failed.

Perhaps the only chance to make a breakthrough is to seriously back those schools which dare to be different. So when I retired I wanted to see how others ‘do school’. Viv White, who is possibly Australia’s most authentic school innovator, sent me off to look at what are known as Big Picture schools. Through her work we now have 40 of these schools, most but not all public, in Australia.

To cut a long story short, Big Picture redesigns the structure and purpose of a school, or portion of a school. Students in Years 9-12 stay in one group of 17 with a teacher advisor. Their learning is based around their passions, strongly project based, cross-curriculum and with increasing rigour. It is also linked to an internship outside school: in other words, they leave school to learn - and are supported by mentors, parents, peers and teachers.

They are expanding because key people and organisations are now lending their support. Five years ago the Origin Foundation funded a big evaluation of the school design to see if it was delivering on its promise.

The evaluation showed that Big Picture ticked the boxes of what the critics recommended. It was certainly making a difference, especially to those students who had switched off school. Supporting Big Picture in this way was a far-sighted move for a new foundation, especially when others were putting their support behind more conventional school reforms.

Big Picture remains a small not-for-profit organization, helping schools meet a very big challenge. In a time when governments prattle on about reforming schools by top-down decisions, Big Picture is doing it from the bottom-up.

Engagement in learning - in school and beyond - is the key. Nothing much else will happen without this engagement, especially for those most at risk. Sure, we can push most students through the hoops. But we can’t call it success if it comes to an end when young people walk away from school – which they do too early, too often, and at great personal and national cost.

Chris Bonnor AM is a retired principal, education writer and Fellow of the Centre for Policy Development. He is a previous president of the NSW Secondary Principals’ Council and author of several books includingThe Stupid Country and What Makes a Good School, both written with Jane Caro.

Alex lights up the Opera House