The Grattan Institute is wrong. We need more science students, not fewer 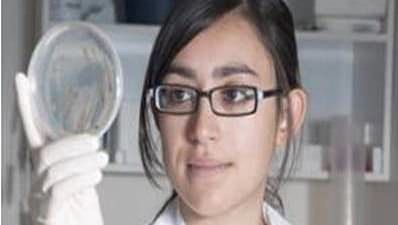 The recommendation that Australia needs fewer science graduates is damaging. Science degrees provide skills that will be central to the jobs of the future and foster attributes vital in our future leaders.

Science degrees have copped more than their fair share of criticism in recent weeks. The Grattan Institute’s Mapping Australia’s higher education 2016 report argues that Australia has too many science graduates. What’s striking about this finding is that it fails to acknowledge the broad-based value of a scientific education.

PhD candidate Alexandra Phelan studied for a dual bachelor of biomedical science and a bachelor of law, and is now completing a doctorate in international health law at Georgetown University in Washington as a John Monash scholar. In 2014, when the Ebola outbreak hit west Africa, Phelan consulted on the epidemic for both the World Health Organisation and the countries affected.

Phelan is continuing to provide advice on how global law can be used in international epidemics to reduce the spread of the Zika virus. But if we are to take note of the Grattan Institute report on education, Phelan would be lamented as falling among the many science graduates who are not working as scientists.

The Grattan Institute report makes the narrow assumption that science is a vocational degree that trains people to be scientists, and is concerned that “science graduates are pushing into a general labour market in which they must compete with graduates from other fields”. This conclusion is based on a misconception: that science graduates are limited to a career in science. A science degree teaches skills that are important in any workplace: it is a foundational degree that develops numeracy and challenges students to value the critical lessons learned in the process of discovery: creativity, patience and attention to detail. Phelan is a perfect exemplar of the value a science degree holds to other fields.

Every year General Sir John Monash scholars are selected from all fields of endeavour in a highly competitive process, with the goal of identifying and funding individuals who will lead Australia in the future. More than half of these have undergraduate science degrees (including science, maths, engineering, IT and biomedical science, commonly grouped as Stem degrees, but excluding medical undergraduate degrees). It is striking that in an open selection process, with selection panels largely composed of non-scientists, science graduates are over-represented among individuals identified as Australia’s future leaders. The key attributes fostered by a science degree are an inquiring mind, facility with data and technology, an analytical approach to problem solving and a sense of curiosity and inquiry. These are attributes that are of vital importance to Australia’s future leaders.

There are broader lessons here. Almost all of Australia’s industries – including mining, banking and retail – are, and will continue to be, subject to technology-driven disruption and will need technology-literate people to counter such disruption with innovation.

Moreover, most jobs of the future will exist in industries we cannot yet predict but that will require creativity, analytical ability and a comfort with technology. The Grattan Institute report, in fact, acknowledges that “Stem employers report that their employees with Stem qualifications are better at problem solving and critical thinking than are employees without Stem qualifications”.

Just as more women are needed in STEM industries, more men should be encouraged to take up nursing and teaching for better pay and greater diversity

Australia’s chief scientist, Alan Finkel, observed this month: “If you want a worker who can solve a problem in a short time, with resources strung out to the nth degree, hire someone with a science doctorate.”

Hugh Evans, the founder of the Oaktree foundation and another John Monash scholar, illustrates Finkel’s point. Evans heads up the Global Poverty project, a global human rights organisation that aims to eradicate world poverty. The problem-solving skills of his undergraduate science degree from Monash are used every day and have an impact on millions of people in need around the world.

The Grattan Institute’s recommendation that we need fewer science graduates is potentially very damaging to Australia. We believe that more science grads are needed, not fewer. We need to encourage an understanding among educators, students and the wider community that an undergraduate science degree can be applied to many different contexts, jobs, industries and situations. Government and business should get behind our science students and encourage future ones.

This article first appeared in The Guardian.

Jillian Segal discusses the role of STEM in the context of Australia's innovation agenda, with Ticky Fullerton on the ABC's The Business program. 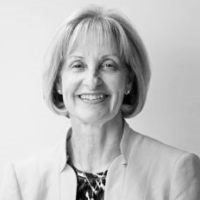 Jillian is Chair of the Sir General John Monash Foundation, which provides postgraduate scholarships to Australian students to foster leadership and expertise as well as build Australia’s capabilities for the future.