Where are all the girls?

The decision to study engineering was not an obvious choice for me. I was uncertain when I selected a Bachelor of Engineering as my first preference for study. Even still, as I started my first year at university, I just didn’t have a clear idea of what career I wanted to pursue, which I’m sure is very common for an 18-year-old, fresh out of high school. To be honest, the fact that engineering was seen as a male-dominant profession was a little off-putting at the time.

What I did know was that I enjoyed problem-solving and I had a passion for helping people. That’s not something immediately associated with engineering, and on reflection that misunderstanding in society of what STEM - science, technology, engineering and maths - fields represent is a real barrier for many people, not just women.

Fortunately, having an engineer as a father I learnt from his experiences that there was much more to engineering than the stereotypical bridge-building work. It allowed me to see the potential to significantly help people through engineering, and that's what really drew me in.

But it was obvious as I started my degree that there were a lot more males than females. Guys surrounded me in all of my group assignments throughout my first year and I remember thinking at one point ‘Where are all the girls?’ We are just as intelligent and capable as all the males in the room, so why such a big difference in numbers? At the time, I just shook it off and put it down to the fact that it had always been this way. It’s what I had expected anyway.

But why should it stay this way? Why is it that every year, females entering into engineering degrees, or any STEM field, expect to be the minority? With all of society’s progress towards gender equality and workplace diversity, what more can be done to attract young women to pursue a path in STEM?

As far as engineering is concerned, the ‘bridge-builder’ stereotype that I have encountered regularly has a negative connotation for many women and is one of the factors that makes it an unappealing career option.

I‘ve been volunteering in the school outreach program with Engineers Without Borders in classrooms throughout Queensland. At the start of the workshops, we ask students: “What is engineering and what does an engineer do?” The most common answer by far is that engineers build bridges.

The issue I have with this stereotype is that it conjures up images of hard hats and building sites. I’m sure there are plenty of females who would like that sort of thing, but it would be quite off-putting for many young women. Add to this the fact that there are not many female role models in engineering, and it’s easy to understand why we have a low number of women entering the field.

Why does that matter? Because in engineering diversity is critical to innovation.

In order to be successful, an engineering team must be as diverse as the society in which it works. With diversity comes greater innovation, as solutions are generated from a wider pool of talent, with a broader spectrum of perspectives. People from diverse backgrounds approach problems from different starting points. The best solutions are often ones that come from the melding of a range of different ideas. If we always approach a problem the same way, we’ll always come up with the same solutions and innovation will be stifled.

The key to breaking the stereotype and making engineering a more attractive career choice for young women is education. A true picture of engineering needs to be revealed at a young age when children are developing their critical reasoning skills. Making students aware that there is a huge range of projects that engineers can be involved in - not just building bridges - really opens doors, especially for girls.

Feedback from the workshops I’ve been involved in tells us that students learn there’s more to engineering than they first thought. It’s also interesting to hear that many students aren’t aware of the role creativity can play in solving engineering problems (it’s not just maths and science!).

It’s really important that outreach initiatives are led by engineers and scientists who can share real-world problems with students, and demonstrate the impact engineering can and does have on society. Introducing female role models to the classroom through such programs is also vital to attracting girls to STEM professions. The visual representation of women working in engineering and science makes a big difference.

Having now completed my Bachelor and Masters degrees in Chemical and Environmental Engineering, I look forward to a fulfilling career that helps me achieve my aim of making the world a better place in whatever small ways I can. One of those ways is by showing young women that engineering allows people of any gender or background to contribute to better outcomes, making the whole more than the sum of its parts.

Watch Chelsea and her EWB colleagues in Northern Australia. 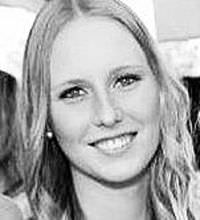 Chelsea Hayward is an engineering graduate, who has worked alongside Origin Foundation volunteers in delivering Engineers Without Borders school outreach program, ‘Regioneering’.