Give a gift that counts this Christmas

This Christmas give your daughter a gift that will count for the rest of her life.

To mark the end of a year that has forced us to rethink how we live, work and set ourselves up for the future, here is a challenge for this Christmas.

As the children unwrap their gifts on Christmas morning, do a quick audit: how many of the gifts will end up in landfill; how many are imported; how many will teach them something?

And how many of the gifts are discouraging females from becoming our future scientists, engineers and IT leaders?

That’s a big question but what better time of year to consider the drivers behind the choices young women will make in future years.

Of course the reason females are turning away from science and maths are varied, but one is pertinent at this time of year: gender stereotyping. This includes the belief that maths and science are masculine subjects. We put up subtle barriers to female participation.

Here’s an alarming fact: A growing number of Y12 students, particularly females, participate in no maths at all.

In the early years, boys and girls have no pre-disposition against maths - in fact, they enjoy it and its increasing complexity, according to research by The Smith Family for their pre-schoolers Let’s Count program.

It is only later that young people turn away from maths, particularly females. In doing so they are positioning themselves out of jobs of the future.

Careers in science, IT and engineering grew 1.5 times the rate of other jobs in recent years according to the ABS. There are now more workers in Australia having STEM qualifications than ever before - 2.1 million in total.

If you have daughters, consider that women make up only 27% of the STEM workforce, according to the CSIRO. One in five senior researchers are women, only one in four IT graduates, and fewer than one in 10 engineering graduates are women.

If women are excluded from our pool of scientists and engineers – responsible for solving the most pressing issues of our time – there are real and serious consequences.

Here’s an example from the Australian Council of Educational Research who quoted work from the Massachusetts Institute of Technology. When airbags were first invented, they were thought to be a safety boon for the car industry – but designed by men, for men, they proved life threatening to women and children.

So this Christmas don’t buy your daughter a toy pony and your son a Meccano set. Buy them both something that will whet their appetite for maths and sciences. And here’s an idea for the older children: mathematician Albert Einstein is reputed to have described compound interest as “the most powerful force in the universe”.  So give them a sum of money and teach them about compound interest and what the gift will be worth if invested when they want to buy their first computer, holiday, car, house, or start a business. Prove that and understanding of maths has very real benefits in life.

This article first appeared in the West Australian newspaper. 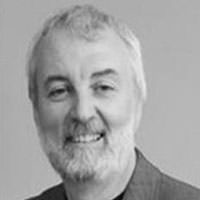 HOLD ON TIGHT AND ENJOY THE STEM RIDE

WHERE ARE ALL THE GIRLS?